The Lorain - Fulton Theatre at 3405 Lorain Avenue opened with great fanfare on Christmas Day, 1921. Originally operated by Thomas Urbansky and his family who operated several other local houses, including the Jennings on West 14th Street. In July 1928, D.L. Schumann purchased the theatre from Ohio Amusement. The theatre closed in 1962, and was razed to make way for a Pick-n-Pay supermarket. 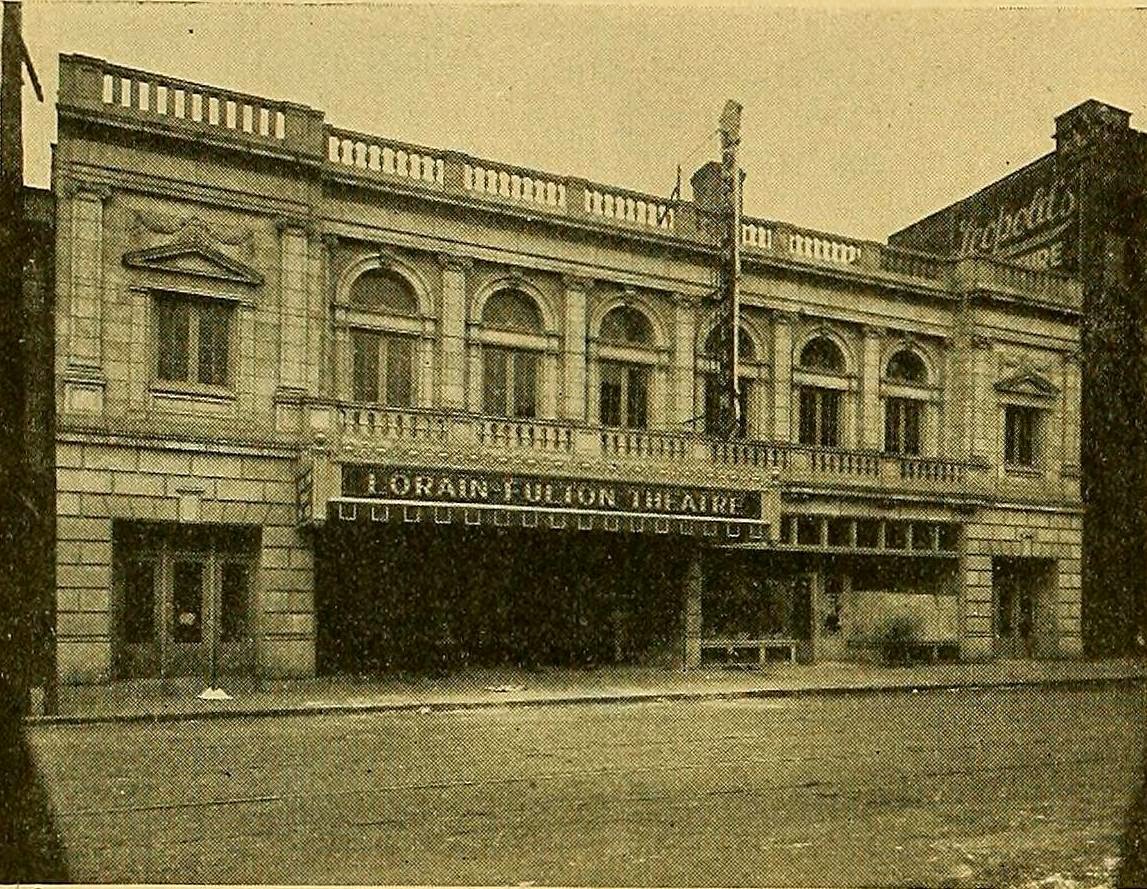 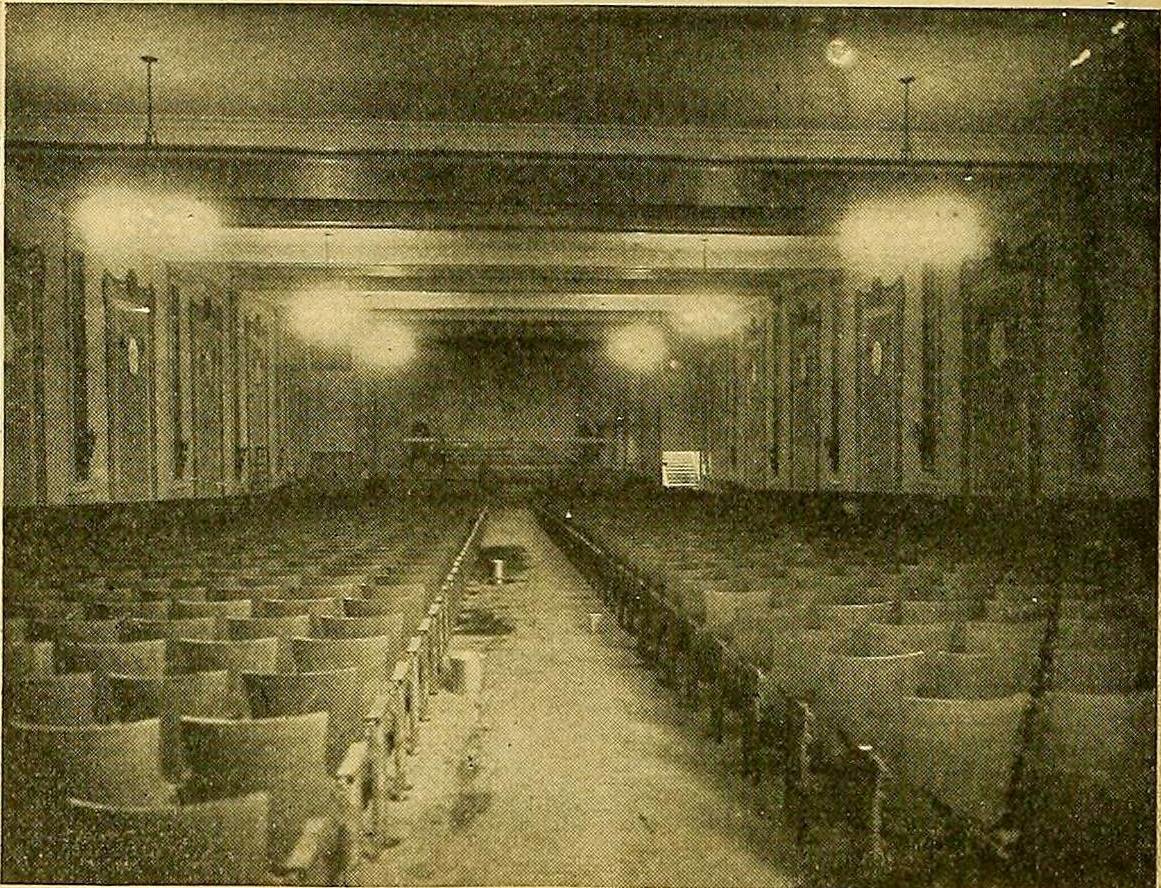 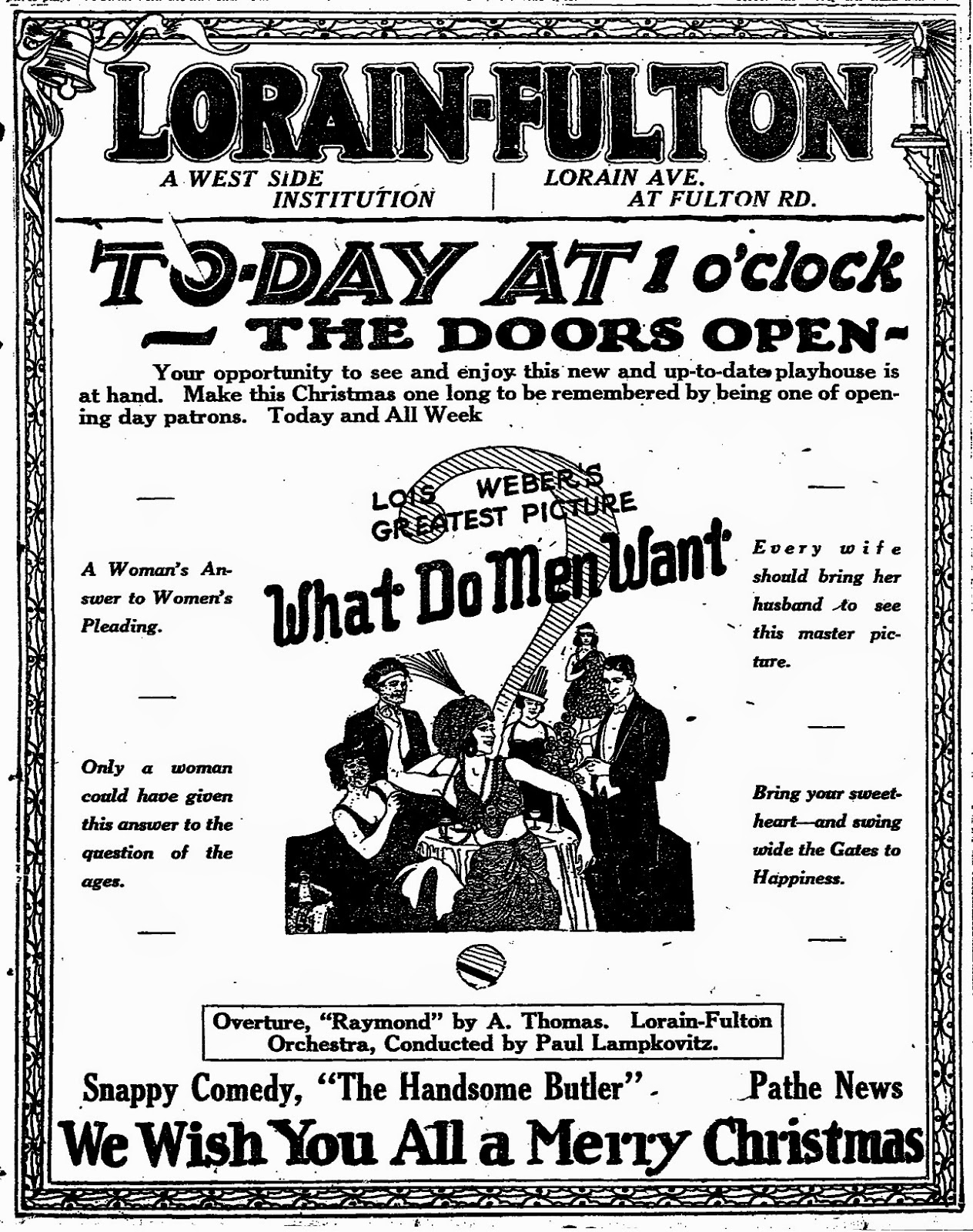 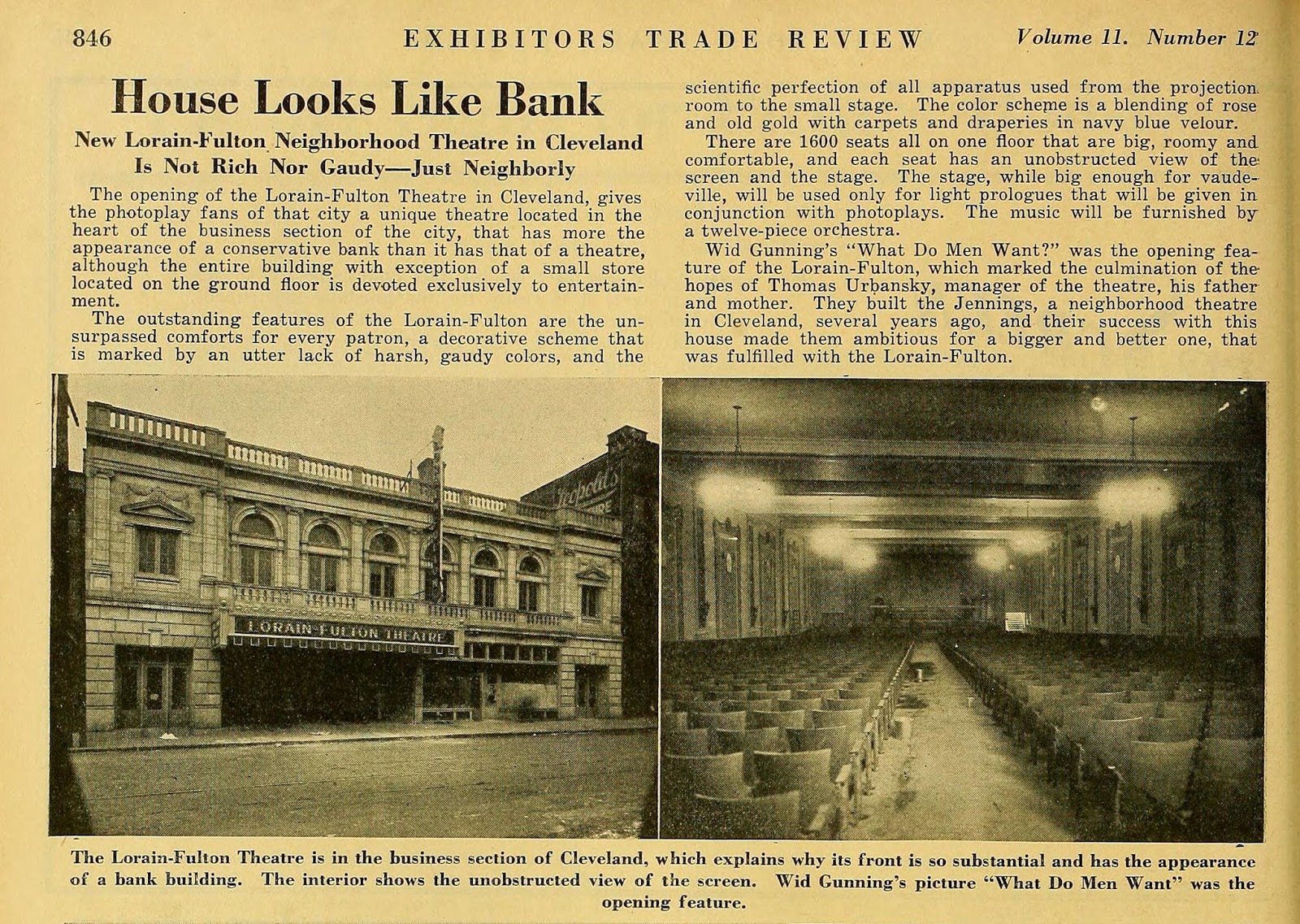 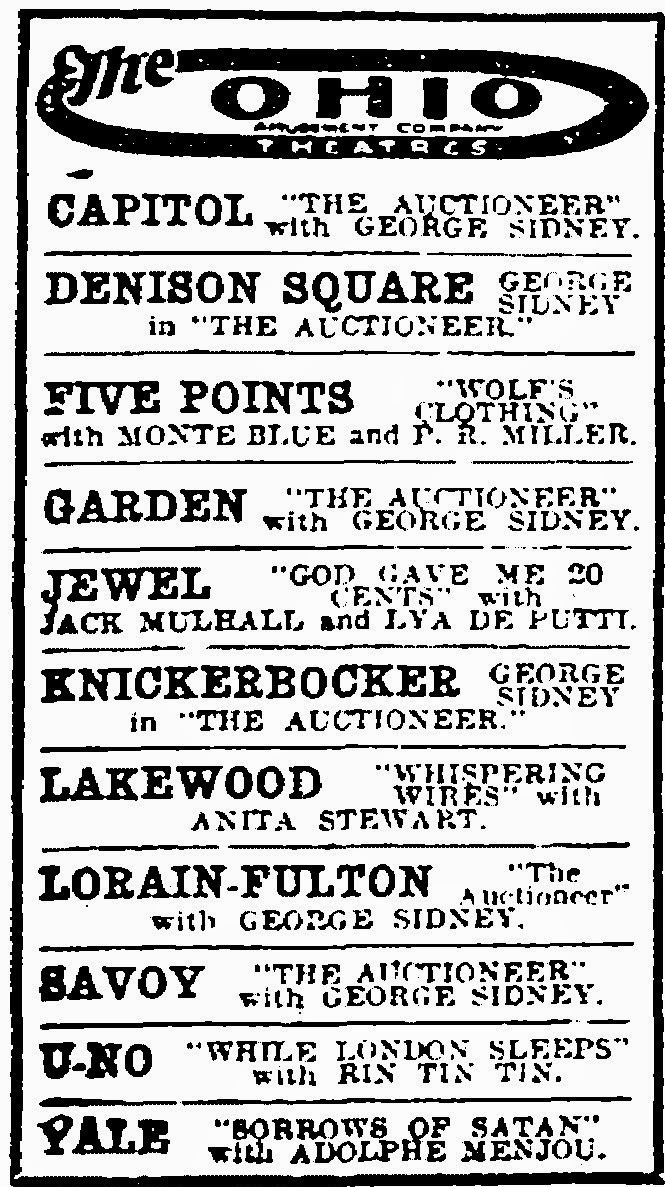 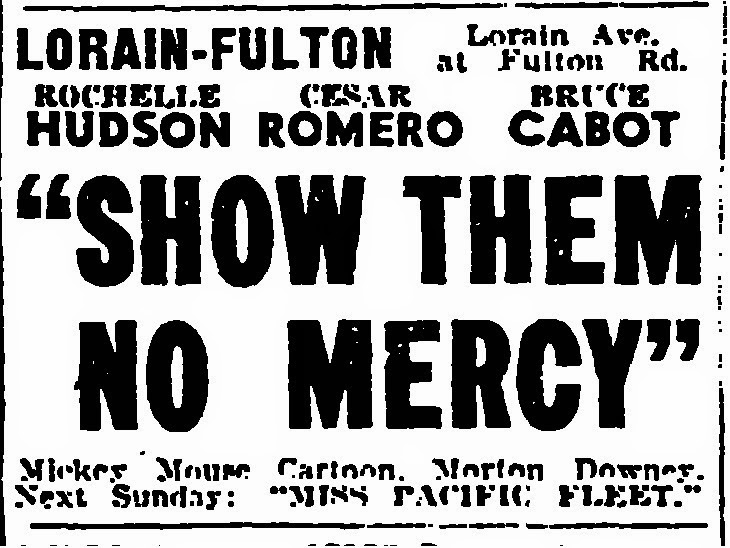